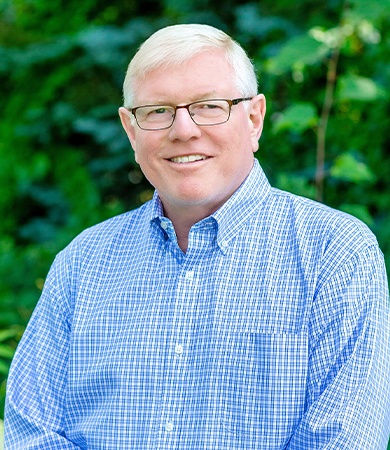 A long-time resident of Glastonbury, Dr. Susat has been helping people smile brighter for nearly 40 years. Throughout his career, he has developed countless meaningful relationships with patients and families that extend over many years, and he’s always happy to welcome in new arrivals as well! To learn more about him, just continue to read below.

Why Did You Decide to Become a Dentist?

Dr. Susat has enjoyed science from a young age, as well as being able to work directly with his hands. The field of dentistry allowed him to help people with these skills in wonderful ways and make positive differences in their lives! Decades later, he’s still never regretted his decision to embark on this career for a moment.

Where Did You Study Dentistry?

Dr. Susat’s educational journey started at Niagara University in Niagara Falls, NY, where he completed his Bachelor of Science in Chemistry in 1975. After spending a year in graduate study and as a teaching assistant in the University of Connecticut at Storrs Chemistry Department, he chose to attend dental school at The State University of New York at Buffalo School of Dental Medicine, achieving his Doctor of Dental Surgery in 1980.

Following dental school, Dr. Susat joined Glastonbury Dental Associates right away alongside Dr. Marc Scoles and Dr. Gary Garwood. Since then, he has pursued continuing education in all areas of general dentistry on a consistent basis, eventually becoming a Master in the Academy of General Dentistry. He’s also a member of the Spear Faculty Club and the following organizations:

Outside of the Dental Office, What Do You Like to Do?

Dr. Susat and his wife Elizabeth have a son named Rick, a daughter named Kate, and three grandchildren. When he isn’t busy at work, he enjoys spending lots of quality time with his family, boating, and traveling. He regularly vacations at Lake Winnipesaukee and also avidly follows the Boston Red Sox and sports at the University of Connecticut, particularly the football team and men’s and women’s basketball. Additionally, he’s very active in the Saints Isidore and Maria Parish and is a past president of the Glastonbury Lion’s Club. In the past, he regularly coached youth teams as well, including Glastonbury Little League, Hartwell Soccer, and Renegades Basketball.