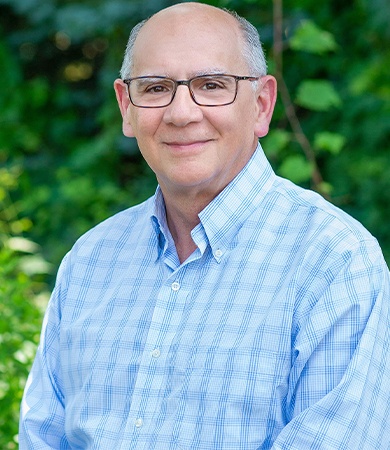 With over 45 years of experience in dentistry and counting, your smile will certainly be in the very best of hands in Dr. Scoles’ treatment chair. He feels especially lucky to be able to combine art and science throughout his work as he effectively manages the dental needs of his patients. To learn more about his background and talents, keep reading below.

Why Did You Decide to Become a Dentist?

At a young age, Dr. Scoles was surrounded by many extended family members who worked in the healthcare profession, including nurses, physicians, and dentists. He became drawn to the field and dentistry in particular over time, eventually becoming inspired to follow in their footsteps – and the rest, they say, is history. Today, he can’t imagine going down any other career path!

Where Did You Study Dentistry?

Dr. Scoles completed his Bachelor of Science in 1970 from Upsala College in East Orange, NJ. He then chose to attend the New Jersey College of Medicine and Dentistry, School of Dental Medicine, where he completed his Doctor of Dental Medicine in 1974. Additionally, he completed a General Practice Residency at the Jersey Shore Medical Center and has 40+ years of continuing education under his belt in a wide variety of advanced dental specialties. He is a current member of the following dental organizations:

Dr. Scoles is currently affiliated with Hartford Hospital as a Senior Attending in the Department of Dentistry. His current role is to participate in the post-graduate training of recent dental graduates in the General Practice Residency program. He is additionally affiliated with the University of Connecticut School of Dentistry, having participated in their Critical Thinking in Dentistry course, and regularly participates in the UCONN Mentor program, where undergraduate dental students spend quality time in his office to learn more about the real-world applications of their teachings in school. In addition, Dr. Scoles frequently welcomes college and even high school students, considering a career in dentistry, into the office to learn about the profession as they make plans for their future.

Overall, Dr. Scoles is very proud to welcome numerous college students into his office over the years who are considering a career in dentistry so they can be enlightened about the various in’s and out’s of this work!

Outside of the Dental Office, What Do You Like to Do?

Dr. Scoles and his wife have lived in Glastonbury for over forty years, raising both their children here and is thrilled to have two of his four grandchildren here in Glastonbury as well. He is especially proud of his daughter Kirsten who is persuing a career in acting in Los Angeles and his son Dr. Matt Scoles who is his partner here at Glastonbury Dental Associates! Over the years Dr. Scoles has volunteered his time to many local causes including Boy Scouts, Hartwell Soccer and Glastonbury Little League. He is past president of and longtime former member of the Glastonbury Chapter of Unico National. He has also participated every year since it was started in CTMOM, which delivers free dental care annually.

Dr. Scoles enjoys playing golf, traveling learning everything he can about ancient history (an archaeological dig in Italy on his bucket list) and spending as much time as he can with his four grandchildren.